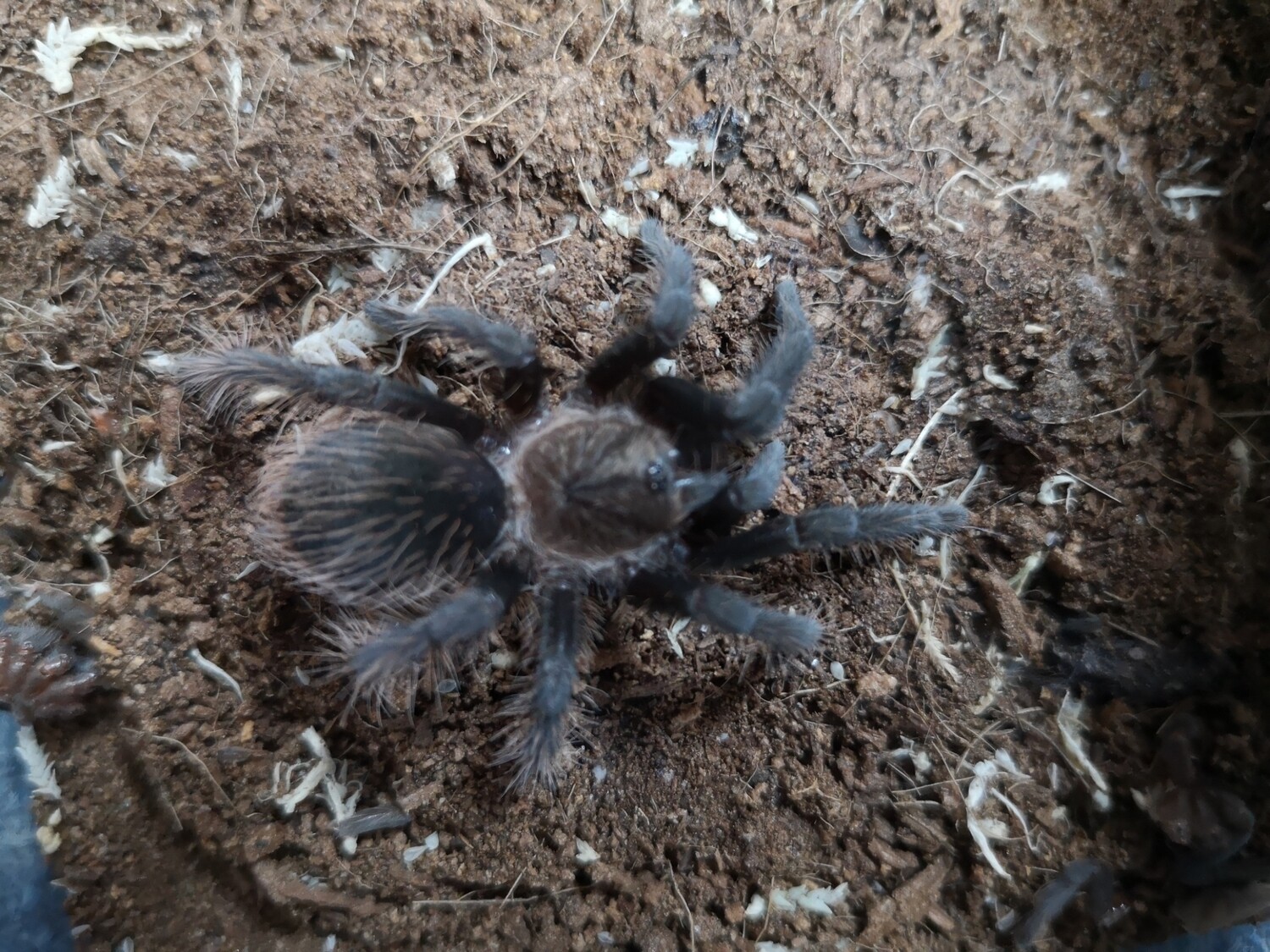 They originate from Nicaragua, require temperatures between 24-28°c and the humidity to be kept around 70-80%

Females can grow to a leg span of up to 15cm, with the males maturing at a smaller size.

This species is considered one of the best tarantulas for a beginner, often being very calm, and easy to handle, there are sometimes exceptions to this, but not often.

The albopilosus tarantula is a heavy bodied tarantula, dark brown to black hair in colour. They have long gold-coloured hairs that cover their entire body giving them a gold shine depending on the angle and intensity of the light.

Breed by us here at Portsmouth tarantulas