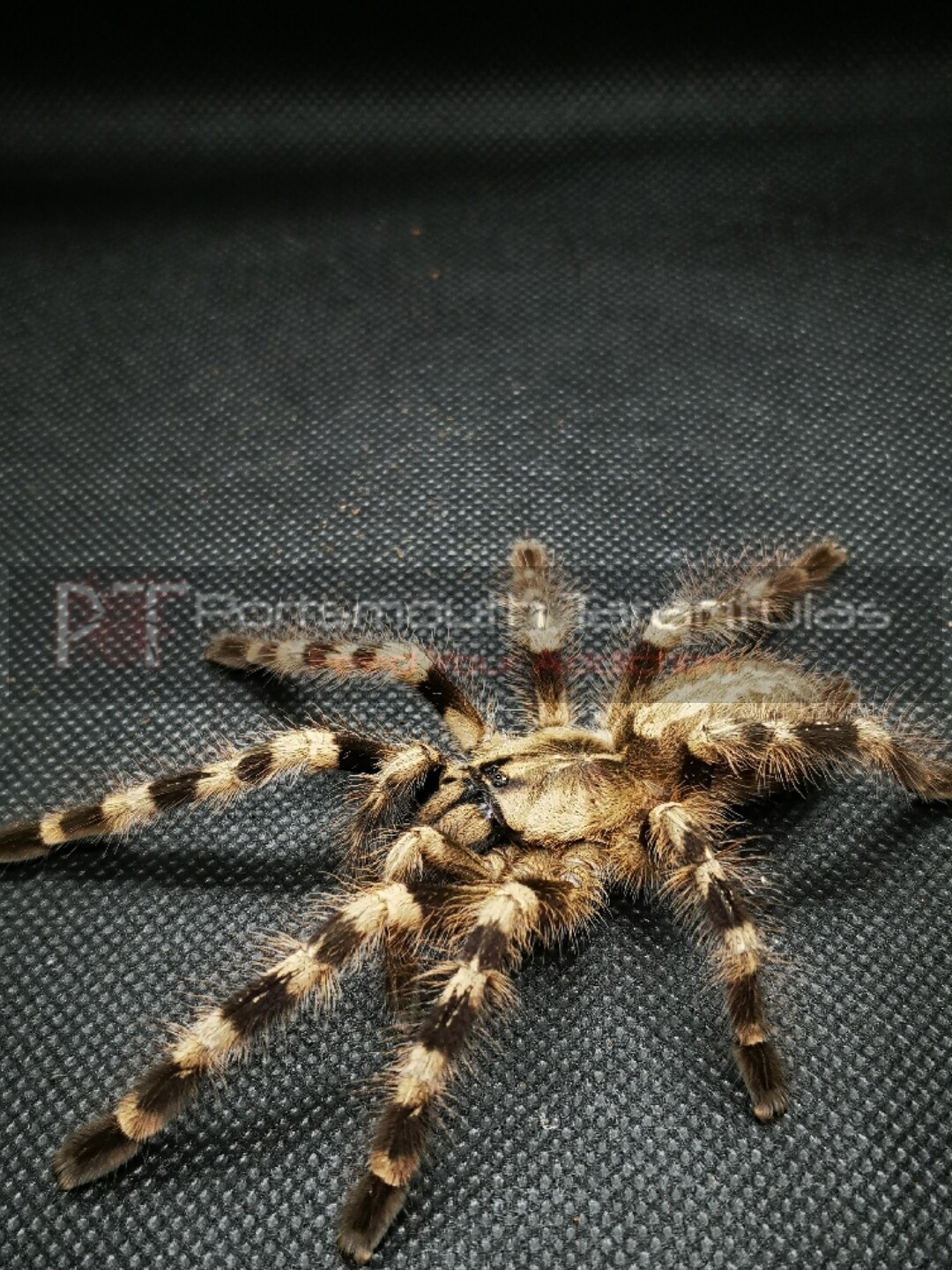 They originate from India, require temperatures between 24-28°c and the humidity to be kept around 65-70%

Females can grow to a leg span of up to 17cm, with the males maturing at a smaller size.

As with all poecilotheria genus, this species is considered suitable for advanced keepers, due to the potency of their venom, their speed, and the likelihood of a bite when they feel threatened.

This species are great display animals, set up in a nice tall enclosure with a cork bark tube as a centre piece, making themselves visible most in the late evening time

Breed by us here at Portsmouth tarantulas